Wednesday Photos.
Default settings.
Whose crazy idea was that? 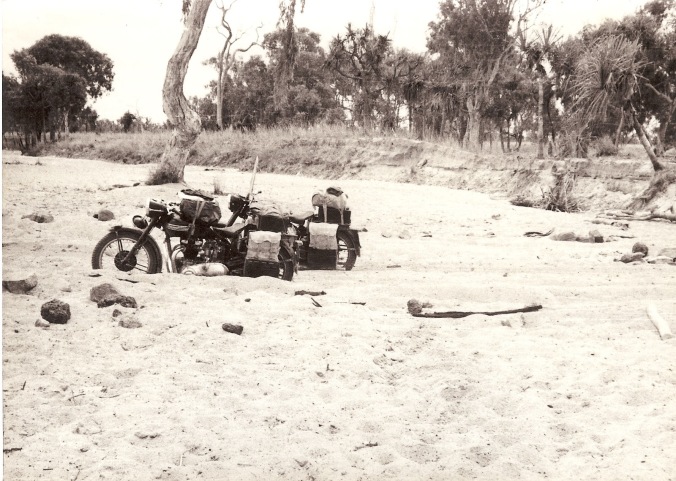 Tonights photo is from a lovely little vignette on the ABC’s Landline program.

It’s about two young lads who took a pair of Motorbikes around Australia when it was a whole lot harder to do that.

Sixty years later, two older blokes recreated that trip and here is their take on that story Transmatilda revisited.

It’s probably easiest just to take the jump and look at the landline program, it’s only 10 or so minutes.

If I had an old Triumph I’d call her Matilda or maybe Mathilda.

Anyway if you’ve been following for a while you’ll know how I love connections.

Alt-J are favoured sons at the moment. My middle boy saw them play just last week and a song of theirs called Matilda, is pretty much my favorite thing at the moment.